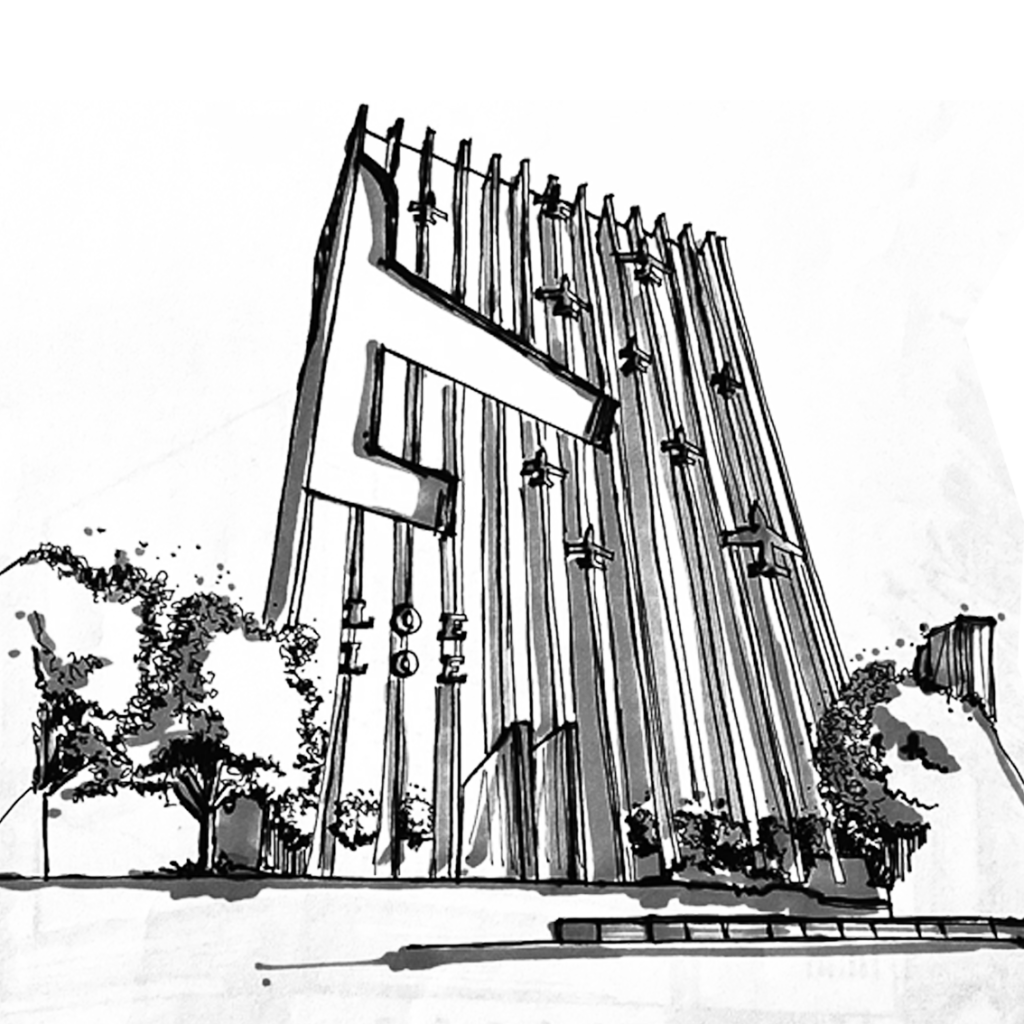 The site of this project has a polygonal shape and is located next to the existing Lolo flight agency office. The irregular shape of the site is the main imitation of the design process. The client’s request was a simple building with ticketing office, administration spaces and a triplex apartment in the upper floors for the management. The first concept was of a retro Nintendo game which is reflected in the design in the sorting of the planes on the façade of the building. The glass facade is covered by vertical wooden beams which suggests the plane’s route, giving a dynamic quality to the facade. At night, the lighting of the facade gives an impression that the planes are shooting each other. Movement of these planes is considered in other sections of the building. Designing the ticketing counters and the layout of the roofs as a whole, plus design elements suggesting four seasons gives additional taste to the interiors. Staff rooms are located in a way that minimizes useless spaces. Management’s spaces are located in easy access areas. Design of the triplex has a different concept. In the next floor, the recreation hall utilizes bright colors and materials such as stone and Corian and a suspended staircase, while in the private hall warm colors and materials such as wood are used, giving the interiors a whole different mood. 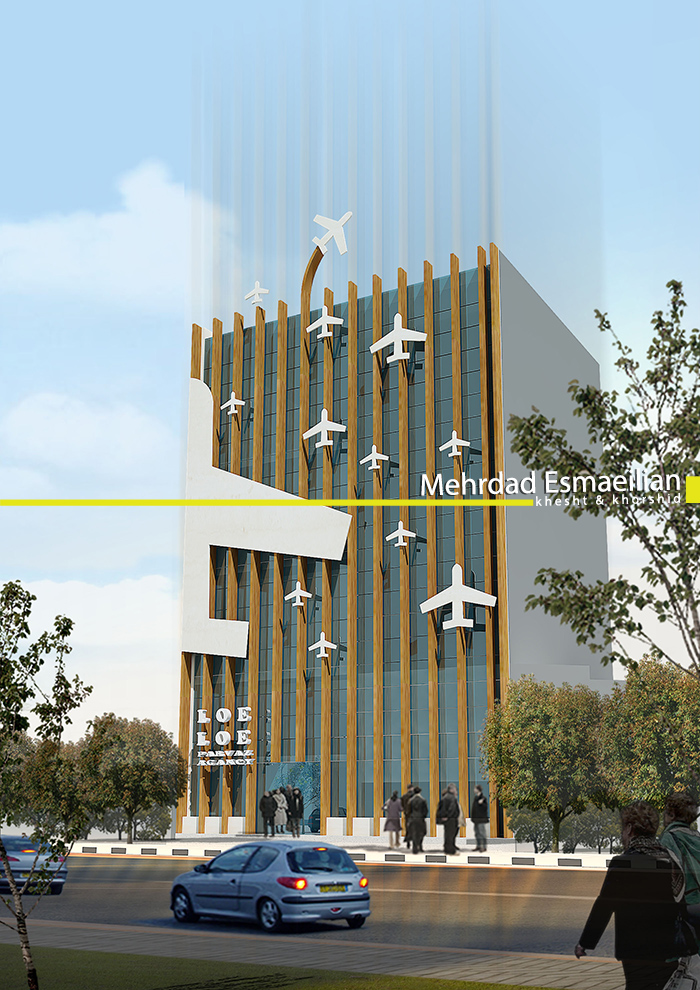 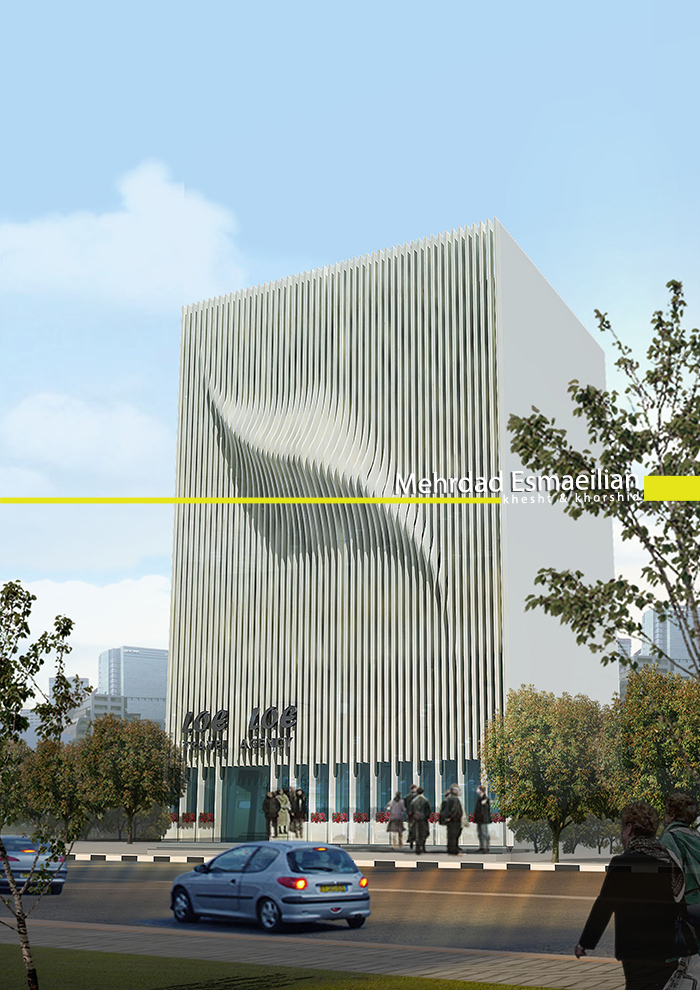 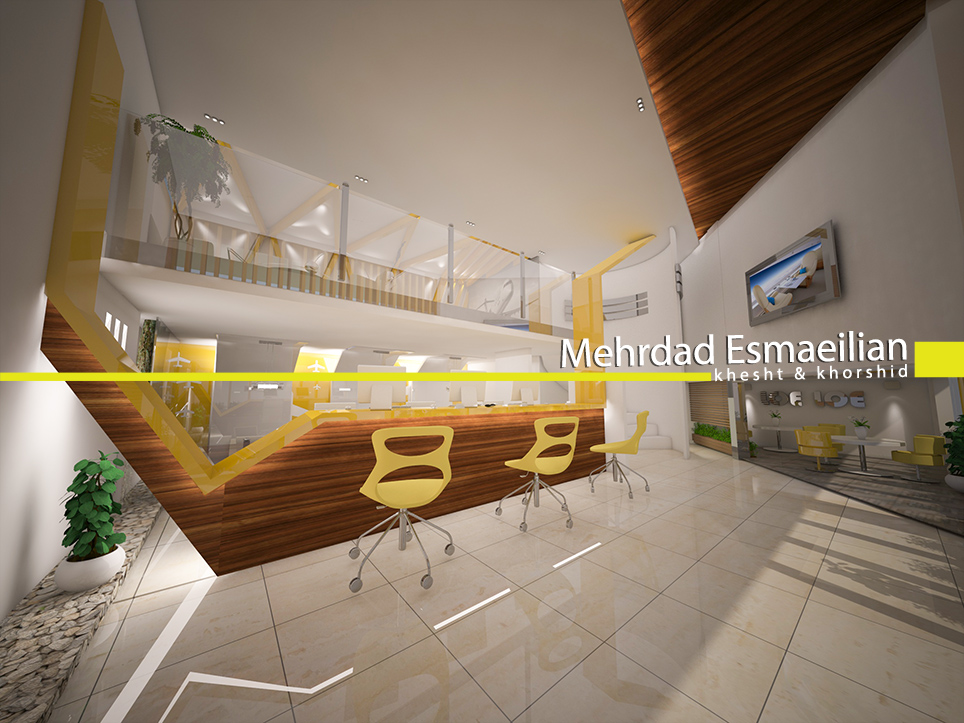 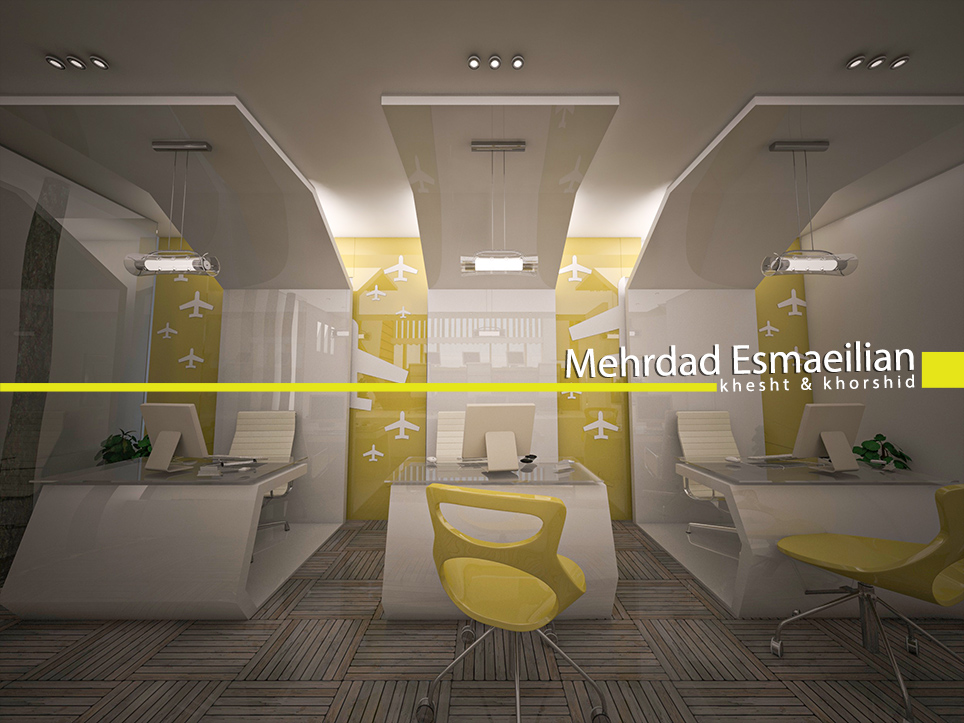 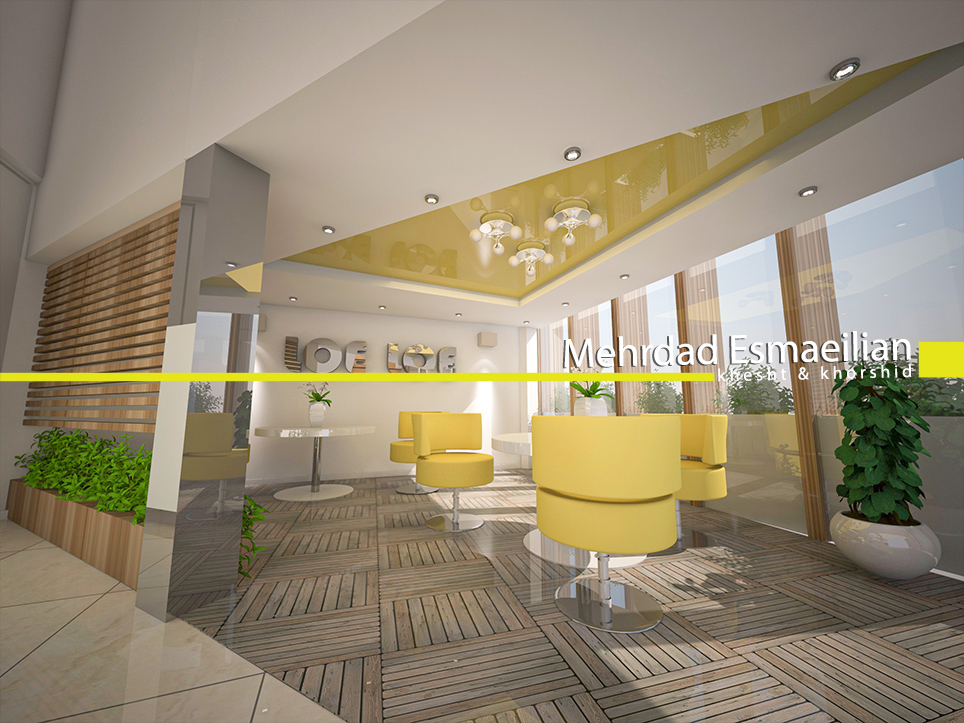 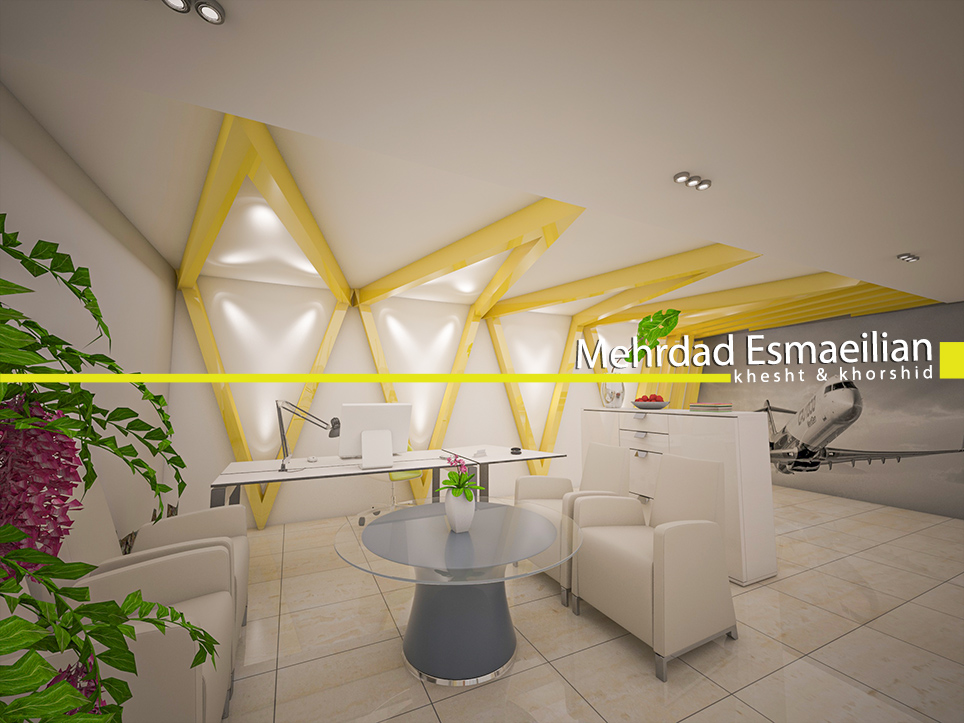 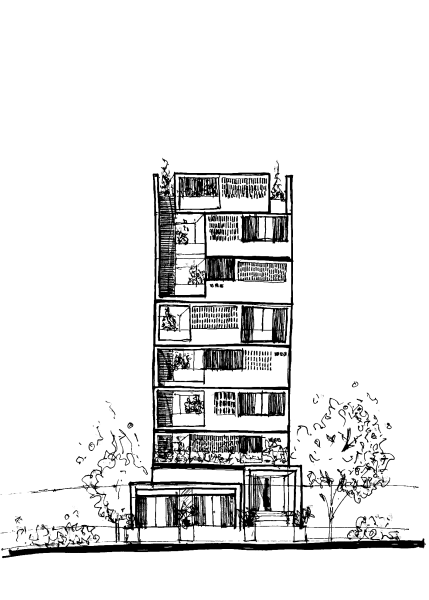 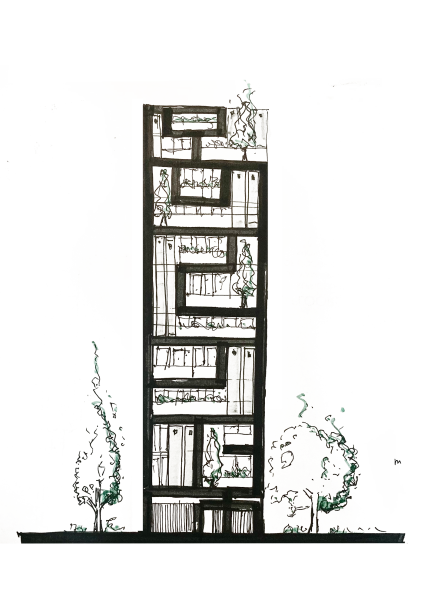 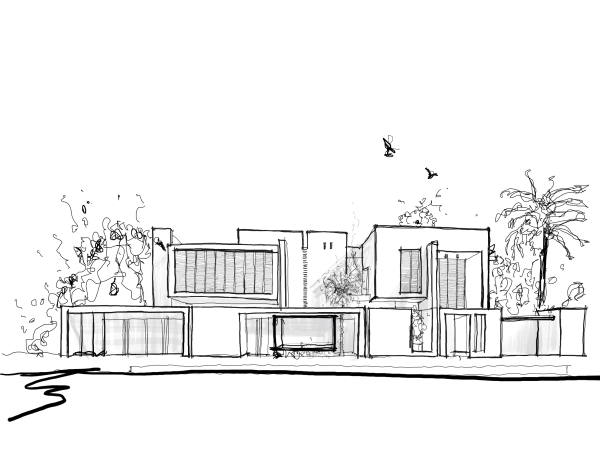 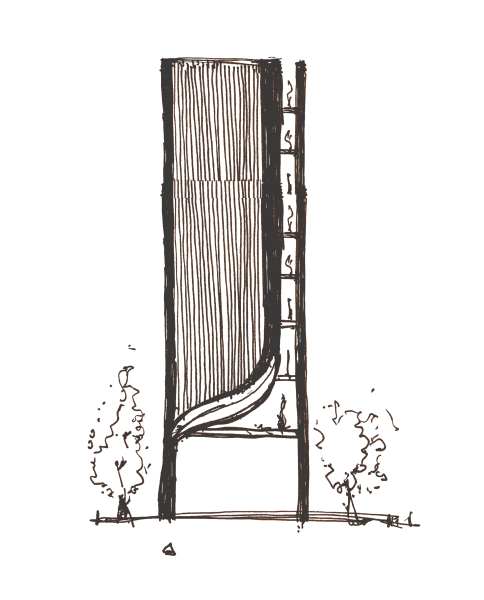