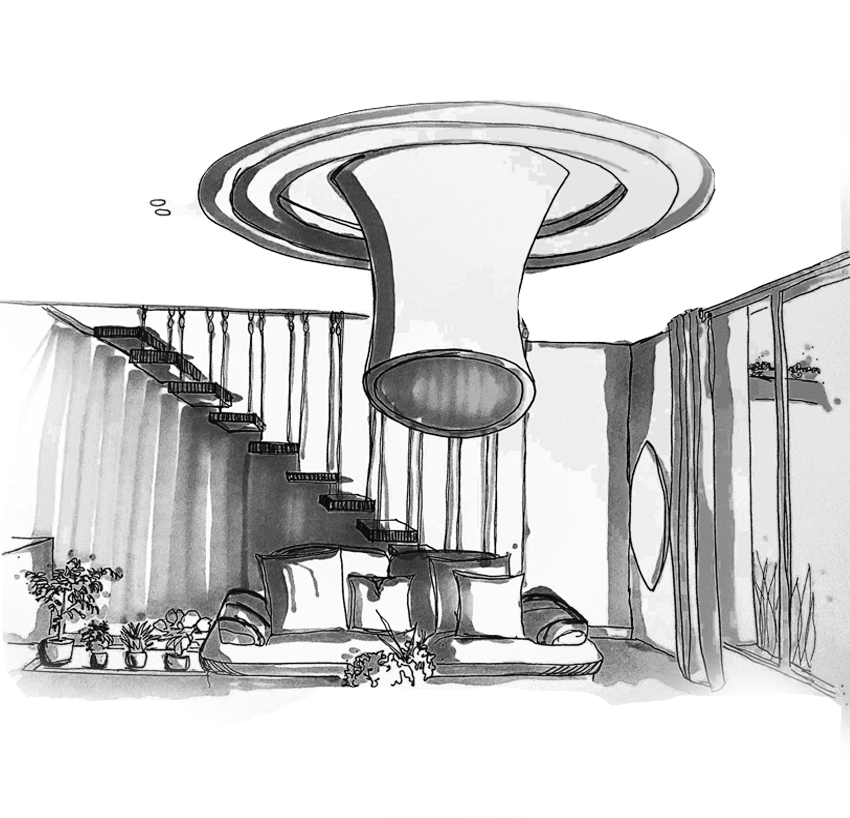 Sharareh Yousefi Beauty Salon with an area of 500 square meters and 303 square meters of infrastructure in Ahvaz city, kianpars area, is designed on a ground floor and a half floor.
The instalation of a long and large door in this building clearly emphesizes the entrance and the feeling of being inviting.
Facade is the appearance and exterior view of any building that is always considered by the public so according to the function of this building , beauty is an integral part in the design of this building.
The choice of white material is the best choice according to the climate of Ahvaz ( warm and semi-humid) At the same time, the use of thermowood and vegatation has given a feeling of warmth and intimacy to the facade.
The arches executed on the outer wall of the building are repeated with a movement towards the space inside the yard , which in addition to coordinating the space inside and outside the yard,shows shading and defining the entrance to the building.
Upon arrival , the different colors of the floor ceramics and the black element executed on the ceiling indicate the route to the counter and separate this part from other parts.
In the living space , large windows , in addition to natural light, create a good view of the outside space .
Also,the lighting of this part distinguishes this part of the space from other parts by executing a large ceiling element with an asymmetrical soft form.
The use of neutral colors (gray) for the walls , the facade and the beauty of the furniture and accessories used makes the viewer more prominent.
Linear plastering parallel to the stairwell define the path and upward movement.
Execution of interior walls with soft and curved forms has established the harmony of the exterior and interior well.
This project was put into operation within 4 months. 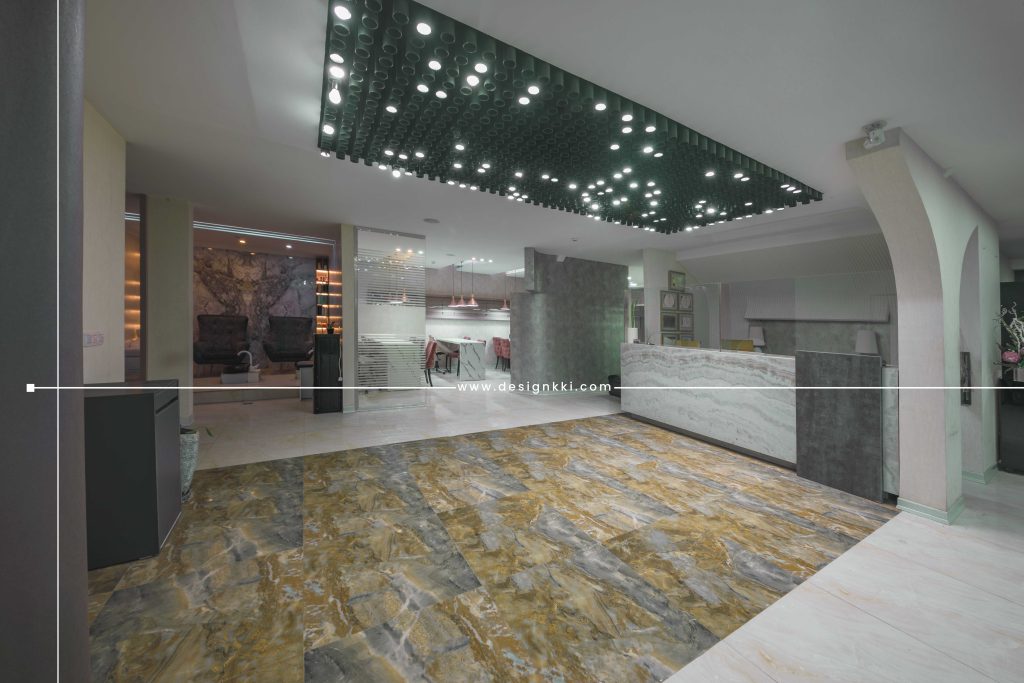 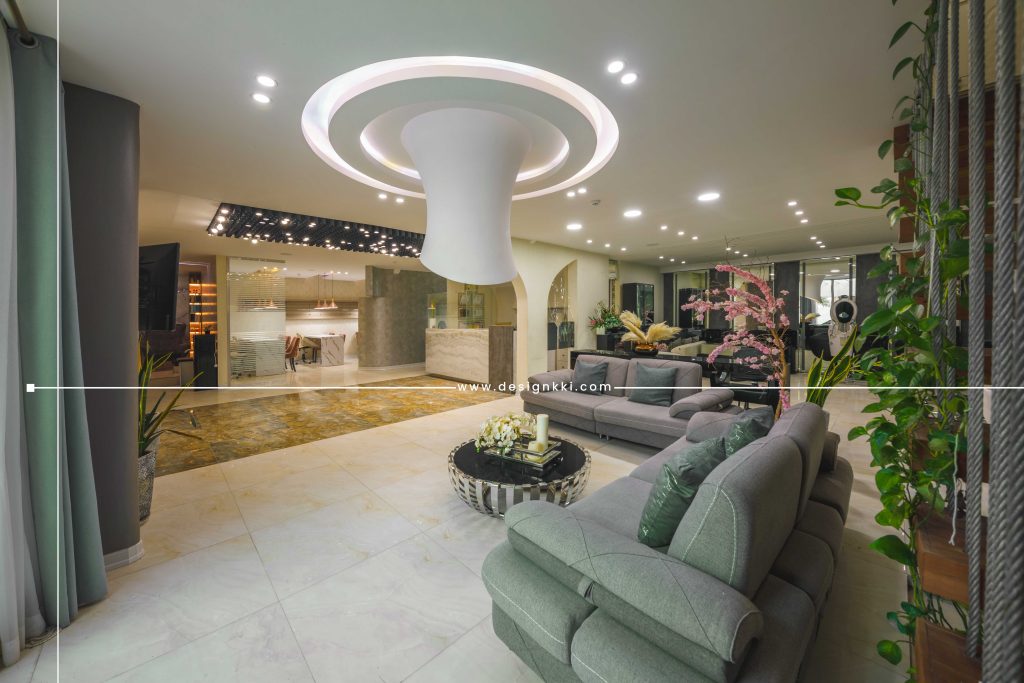 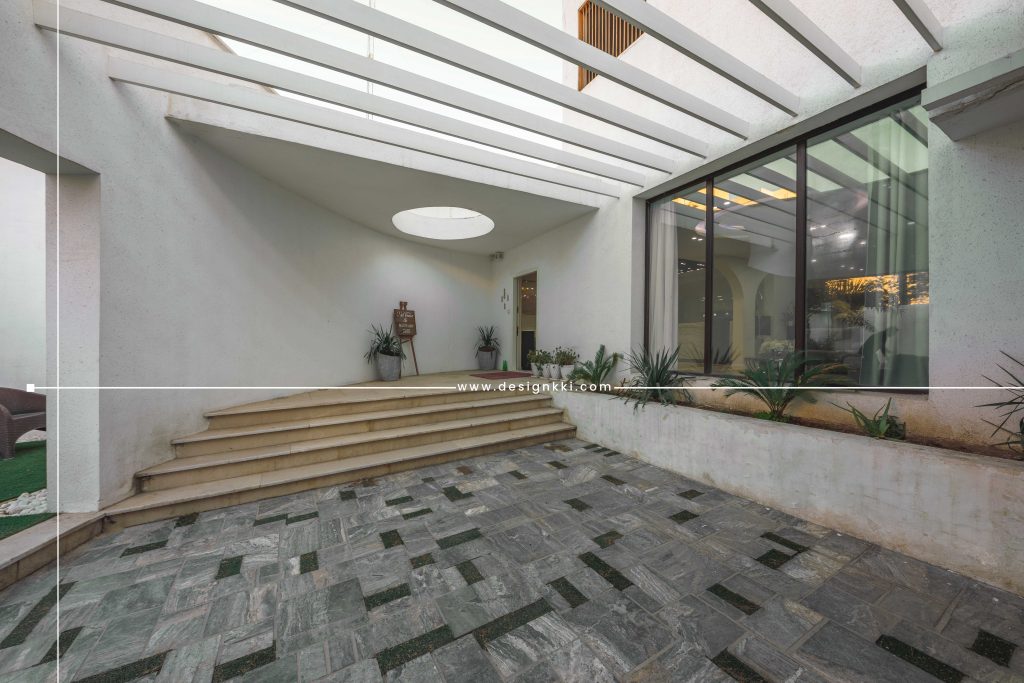 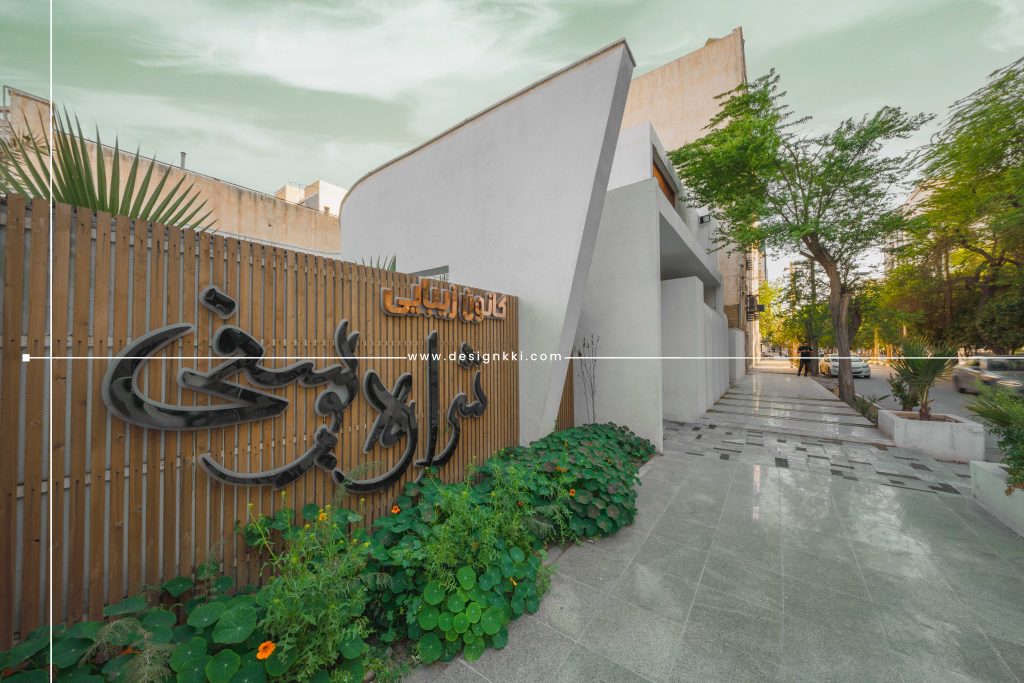 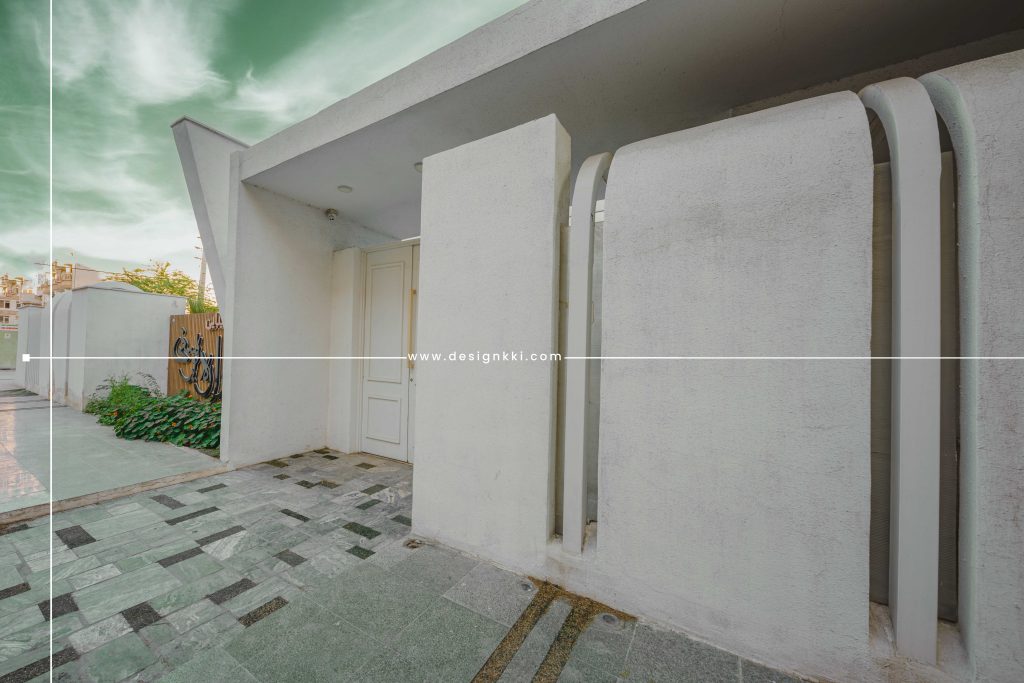 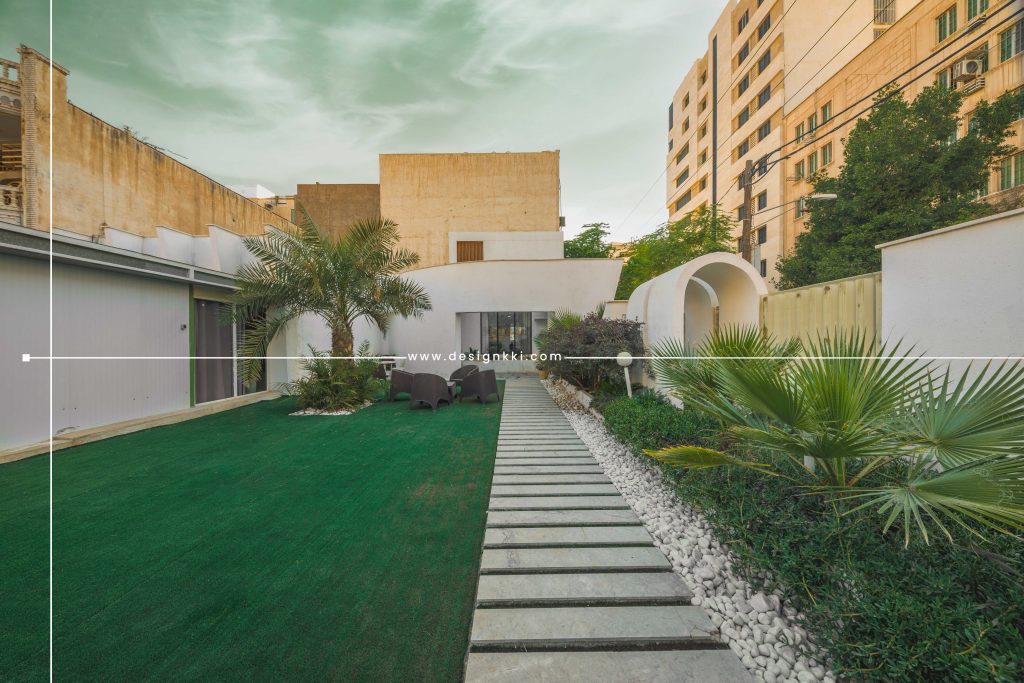 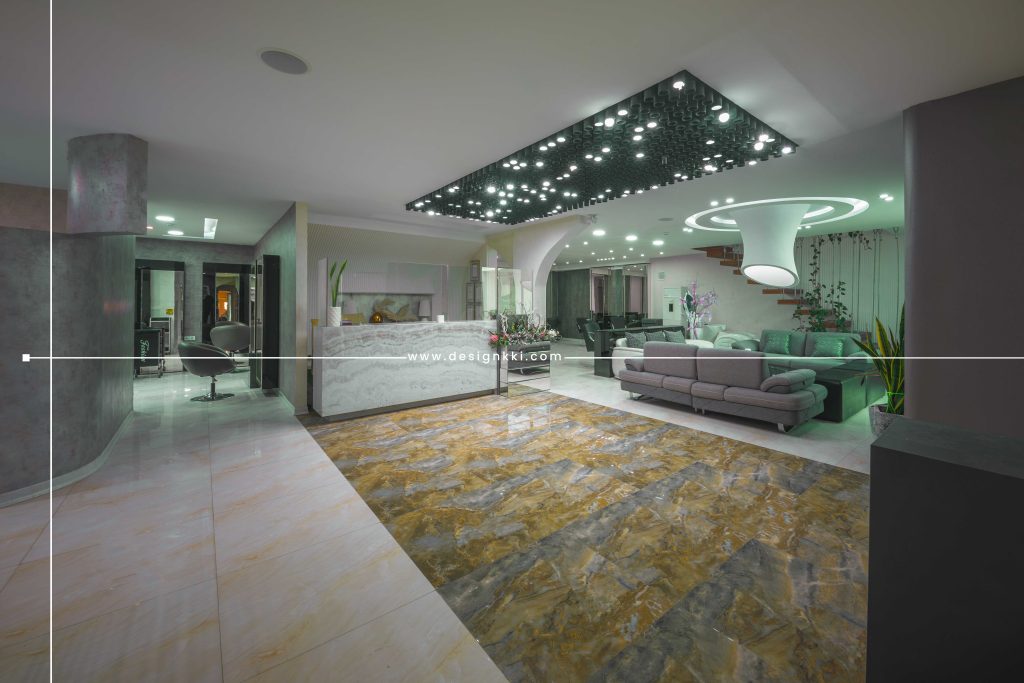 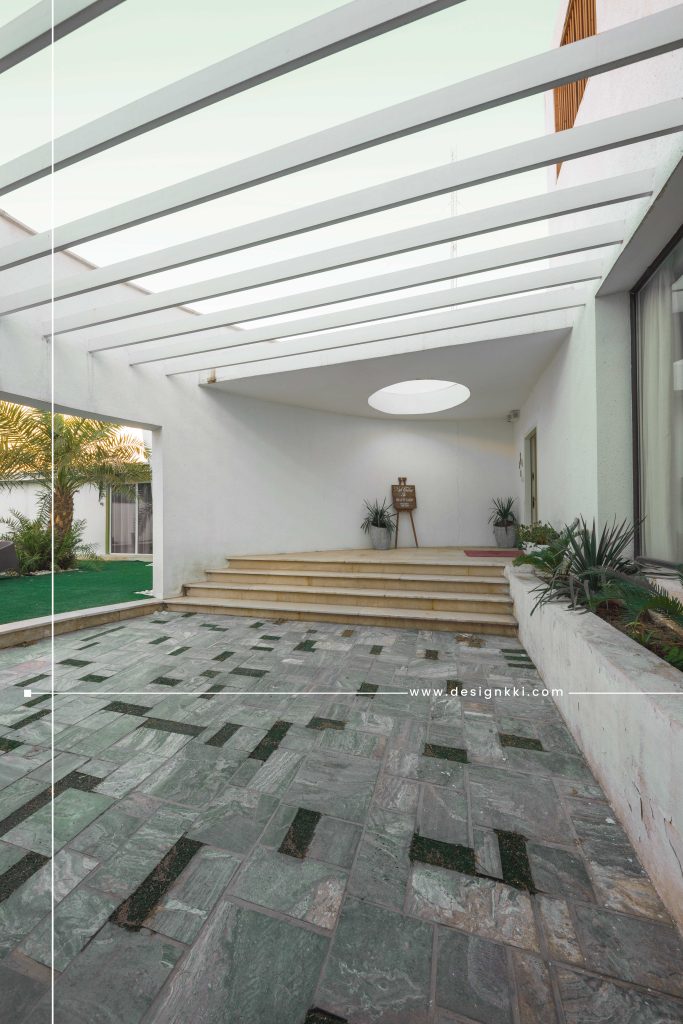 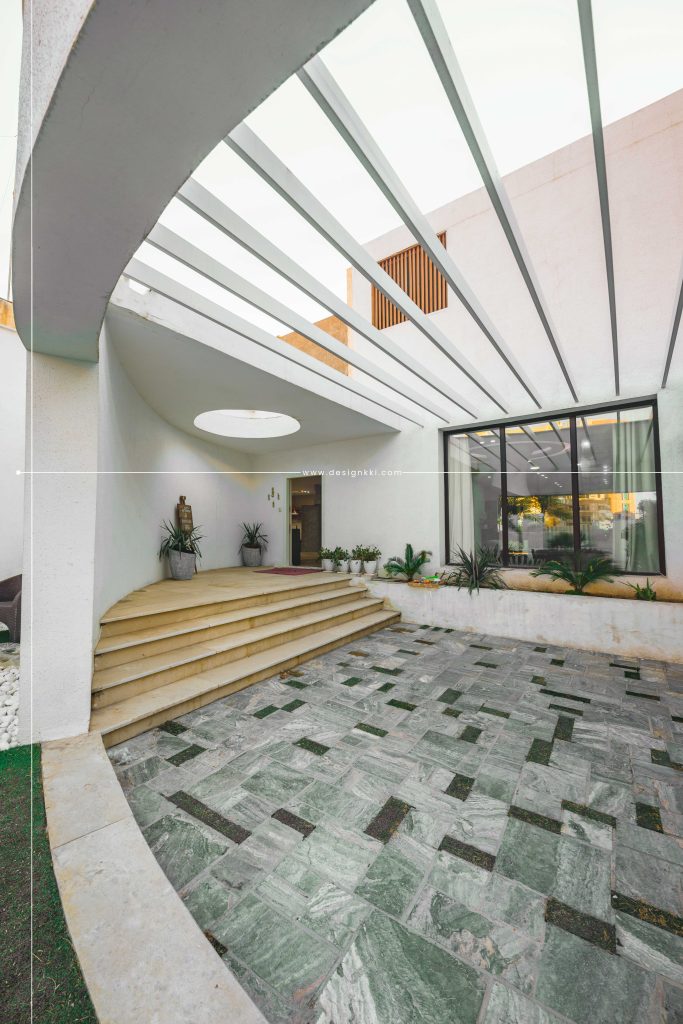 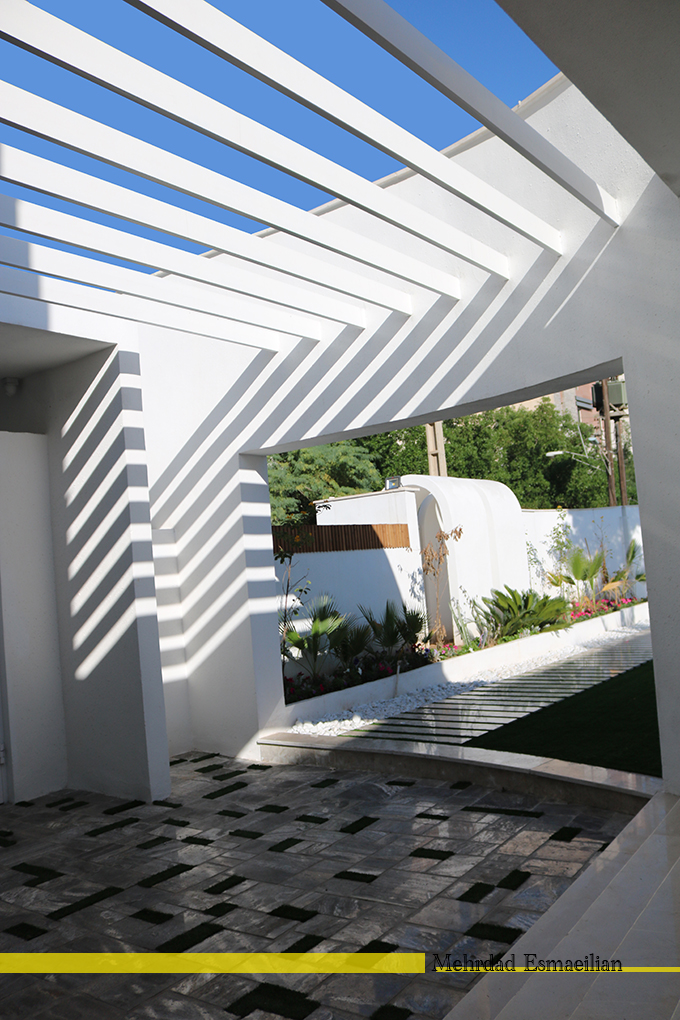